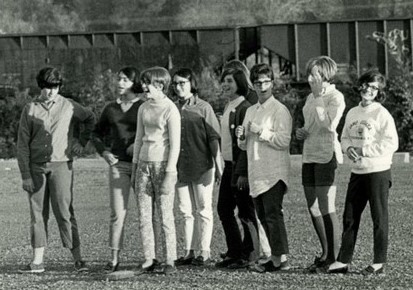 In the fall of 1967, Young Judaea ninth-grade girls held a father-daughter event on the grounds of the not-yet-constructed AJCC building on Deane Hill Drive.

Thanks to Deborah Roberts for donating the photograph and providing most of the identification and Barbara Bernstein and Michael Burnett for additional assistance.

The Archives needs your photographs! Send your photos (with identifications of who, what, when, where) of “The Way We Were” to archives@jewishknoxville.org or contact the archivist at (865) 690-6343.