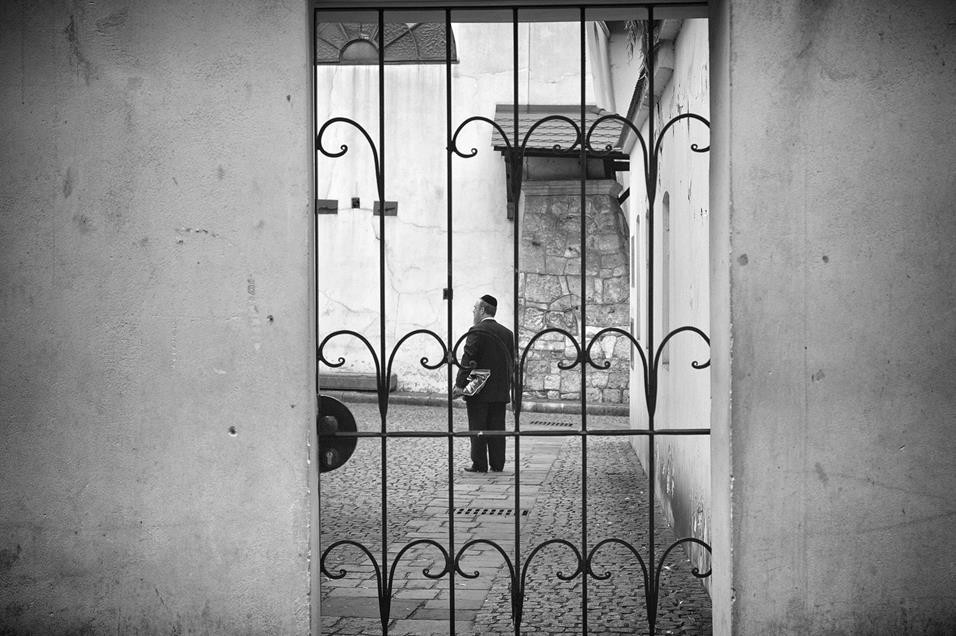 During the summer of 2007, Rob Heller traveled to Poland for the opening of the Living On exhibit of portraits of Tennessee Survivors and Liberators. That week, he spent time in Warsaw, Krakow and Auschwitz, photographing the few remnants of Jewish life that still exist. Using Martin Gilbert’s Holocaust Journey as a guide, Heller photographed sights, big and small, that had significance to what was once an enormous thriving Jewish community. The exhibit will be a small sampling of those photographs.

Robert Heller, professor in the School of Journalism and Electronic Media at the University of Tennessee since 1986, received his B.S. and M.A. degrees in photojournalism from Syracuse University. He taught photography and graphics for five years at the University of Miami, and was publications designer and photographer at the State University of New York College at New Paltz and Elmira College in New York. Heller also taught photography at The Center for Photography at Woodstock, New York. His photographs have been selected for numerous juried exhibitions and he continues to do freelance work in both graphic design and photography. Heller served as photo manager for the Ocoee Kayak and Canoe Olympic venue at the 1996 Atlanta Olympics.