For nearly ten years, KJA, through the Jeff and Nancy Becker Community Enrichment Fund of the Knoxville Jewish Community Family of Funds (KJCFF), Temple Beth-El, and Heska Amuna Synagogue have joined in providing matching funds for teens to create their own philanthropic funds in concert with other teens and the KJCFF. Near the time of their b’nai mitzvah, teens are encouraged to open a fund of their own from which they can grant monies in the future to any Jewish nonprofit, local or global. Teens with funds in the B’nai Tzedek Teen Philanthropy Program (B’nai Tzedek) meet annually to discuss the types of organizations and social causes they would like to financially support by granting monies accrued from the interest of their B’nai Tzedek funds. Currently, there is more than $50,000 in B’nai Tzedek teen-held funds which enables the teens, if they combine their interest on their individual funds, to award two $1,000 grants most years.

Over the past year, B’nai Tzedek fund-holder Arielle Rosen has guided the idea for giving a grant to a community in need of school supplies. Several communities were considered for this idea including supporting children in Hadera; Arielle also asked the teens to consider the needs of Jewish children in the U.S. by focusing on helping children who were impacted by the floods in Houston. Houston Jewish Family Services was the organization identified for this Knoxville B’nai Tzedek grant.

In addition to Houston JFS, teen fund holders Justen Bain, Ben Gibbons, Chris Hale, Jacob Messing, Sarah Siegel, and Arielle also wanted to provide a grant closer to home.  Arielle summarized their vision stating that, “the B'nai Tzedek fundholders met this summer and recommended to give half our grant to local BBYO scholarships and half to the Jewish Family Services of Houston. We wanted half our grant to go to scholarships to local BBGs and AZAs, so that they can go to programs. We all love going to BBYO programs and we want every Jewish teen to have the opportunity to go to them. We wanted the other half of our grant to go towards supplying school supplies for Jewish kids in Houston that were hit by the horrible floods. We want all the children impacted by the floods to keep up their school work and especially increasing their knowledge.”

Looking Ahead:
One organization that Arielle researched to learn more about the organization’s needs is the Jewish Children’s Regional Service (JCRS).  JCRS is located in New Orleans and is the oldest Jewish children’s social services organization in America; JCRS has been actively supporting children and teens to provide access not only to services but also scholarships to college, camp, and other special programs. JCRS will be one of dozens of Jewish nonprofit organizations that will be considered for this year’s grants.

If you have an idea of an organization that you think the teens would be interested in granting, please let us know.  Send your ideas for our teens to office@jewishknoxville.org. 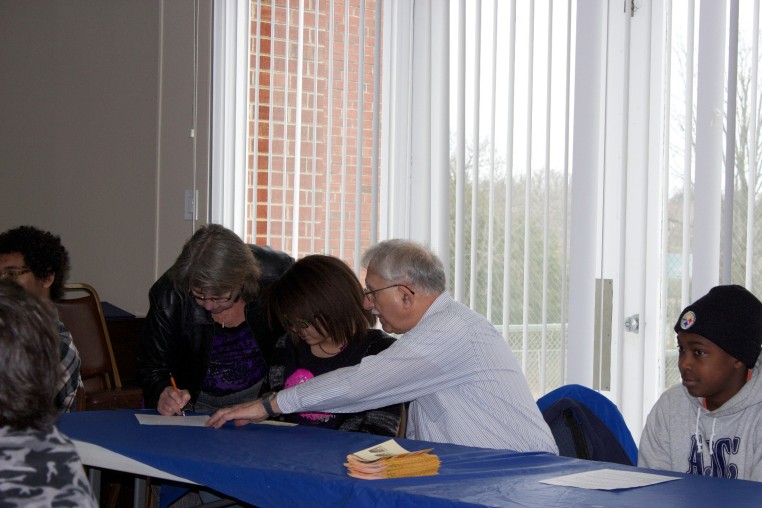